Mandatory verification of gross mass (VGM) of containers: the application of the transhipment cut over period 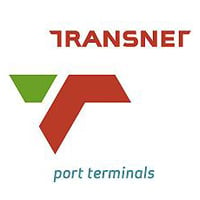 The International Maritime Organisation has adopted amendments to the Safety of Life at Sea (SOLAS) convention in November 2014. These amendments required mandatory verification of a container’s Verified Gross Mass (VGM), which entailed verification of container weights before any export containers were loaded on board a vessel. These requirements became legally binding from 1 July 2016 and the new pre-advise fields were applied to export containers entering the terminal from 27 July 2016.

On the 27th of May the South African Maritime Safety Authority (SAMSA) issued Maritime notice 25 of 2016 in which a three-month grace period for qualifying transhipment containers was granted. The guideline stipulates, ‘For a period of three consecutive months after the 1st of July 2016 i.e. up to and including 30th September 2016, containers loaded prior to 1st July 2016 and then transhipped on or after 1st July 2016 may be shipped to their final port of discharge without the verified gross mass specified in SOLAS Regulations VI/2.4 to VI/2.6’.

As this transition period comes to an end TPT will be implementing the following amendments to all transhipment containers:

Click on one of our representatives below to chat on WhatsApp or send us an email at chat@cargohs.co.za.

Xenia Available from 07:30 to 17:00 Available on SundayMondayTuesdayWednesdayThursdayFridaySaturday

Owen Available from 07:30 to 17:00 Available on SundayMondayTuesdayWednesdayThursdayFridaySaturday

Nicholas Available from 07:00 to 17:00 Available on SundayMondayTuesdayWednesdayThursdayFridaySaturday

× How can I help you? Available from 07:30 to 17:00 Available on SundayMondayTuesdayWednesdayThursdayFridaySaturday